Thank you for signing the petition asking President Trump to assist persecuted Christians who are being murdered. As our gift, you’ll receive the quarterly Advocate Alert—an e-publication sharing all the latest news for CBN’s Faith In Action.™

Please also consider a one-time or monthly gift. Your gift enables us to create more petitions that will give you a voice, and we share each petition with the individuals positioned to create change.

Nigerian Christians are being slaughtered by extremist Fulani militia and Boko Haram. Armed Conflict and Location Event Data (ACLED) shows 3,200 people killed by Fulani militia since 2018. Since 2008 there are 40,000 deaths tied to Boko Haram, a terror group that swore allegiance to ISIS in 2015.* One recent report by a Nigerian organization says that in the first five months of 2020 alone, 620 Christians were murdered in Nigeria.** In addition to murdering Christians, Boko Haram practices mass kidnappings of school girls and many of them have never been found. Those that have been returned to their families alive tell of rape, forced conversion to Islam, and the murder of girls who tried to escape.

On May 20, 2020, Senators Joni Ernst (R-IA) and Kelly Loeffler (R-GA) sent a joint letter to President Donald Trump, reminding him that after his April 2018 meeting with Nigerian President Muhammadu Buhari, the killing of Christians stopped for six months. The Senators asked President Trump to now use the full range of options available to him to highlight the plight of Christians in Nigeria, including sending a Special Envoy to the Lake Chad region, and “impose sanctions under the Global Magnitsky Human Rights Accountability Act against those who perpetrate these killings.”

SOURCE: *ACLEDdata.com and Letter to President Trump, Sent by Sen. Joni Ernst and Sen. Kelly Loeffler, May 20, 2020; **Report by the International Society for Civil Liberties & the Rule of Law, Advocacy Report, May 14, 2020. 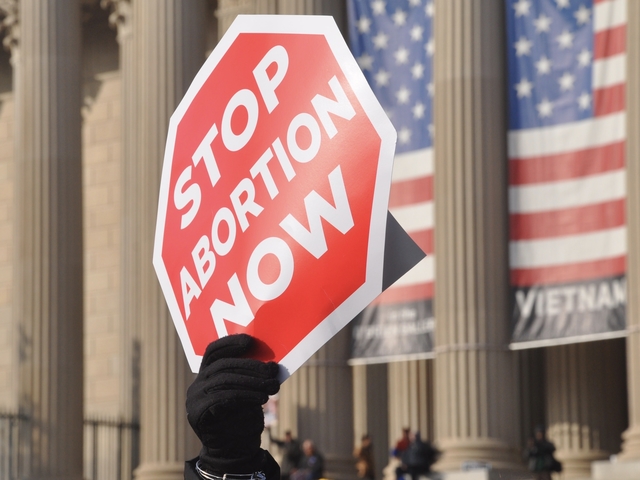 Support U.S. efforts to save Leah Sharibu from a lifetime of slavery in Nigeria.

TO: The Honorable Donald Trump, President of the United States.

Mr. President, I stand with persecuted Christians worldwide and abhor the slaughter of any group of people. Christians in Nigeria are being routinely targeted and martyred for their faith by terror groups that are escalating in boldness and numbers of people they kill. These are innocent men, women, and children. As President, you have a unique position on the world stage. Please focus your efforts on the persecution of Christians in Nigeria. Please appoint a Special Envoy to Nigeria in the Lake Chad region and explore the option of sanctions against the individuals who indiscriminately kill people because of their religious beliefs.