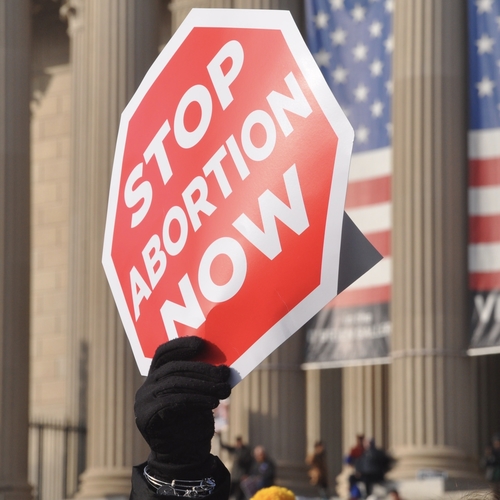 Thank you for signing the petition to end federal funding for abortion. As our gift, you’ll receive the quarterly Advocate Alert—an e-publication sharing all the latest news for CBN’s Faith In Action.™

Please also consider a one-time or monthly gift. Your gift enables us to create more petitions that will give you a voice, and we share each petition with the individuals positioned to create change.

Between 1973 and 1980, tax dollars paid for an estimated 300,000 abortions each year through Medicaid.* That stopped in 1980 when the Hyde Amendment took effect. It is required to pass every year, and the amendment has stopped organizations like Planned Parenthood from receiving direct Medicaid payment for abortion.

In 2016, the Democrat Party Platform was changed to explicitly demand repeal of the Hyde Amendment. To counter that action, the House of Representatives attempted to make the Hyde Amendment permanent. In January 2017, the No Taxpayer Funding for Abortion and Abortion Full Disclosure Act passed in the House but failed in the Senate.

In June 2019, Joe Biden announced his opposition to the Hyde Amendment. Later that month, House Speaker Nancy Pelosi said, “I wish we never had a Hyde Amendment… I don’t see that there’s an opportunity to get rid of it with the current occupant of the White House and this U.S. Senate.” **

Today, the No Taxpayer Funding for Abortion and Abortion Full Disclosure Act of 2019 would effectively end taxpayer funding for abortion in federal programs, prohibit federal funds for health coverage that includes abortions, and essentially make the Hyde Amendment permanent. If this bill is ignored, the powerful push to repeal the Hyde Amendment will continue. If Hyde is repealed—as Medicaid expands state-to-state—there will be a huge surge in taxpayer funding for abortion and the organizations that perform abortions will reap a financial windfall. Support U.S. efforts to save Leah Sharibu from a lifetime of slavery in Nigeria.